What is the Difference Between an Expatriate and an Immigrant? 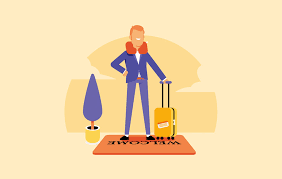 In recent years, large numbers of North Americans have decided to relocate southward to Costa Rica, Mexico, and Panama. At the same time, caravans of Central Americans travel north through Mexico to try to enter the United States. All of them seek a better lifestyle. The first group is called "expatriates" (expats), while the latter is labeled "immigrants". Immigration is a burning political issue in many countries. It was one of the primary reasons behind Brexit - the departure of the United Kingdom from the European Union. On the other hand, expatriates are rarely mentioned in the news. So, what’s the difference? What makes one an expat and the other an immigrant? Is it just semantics, or are the differences more profound?

According to Oxford Languages Dictionary, an expatriate is "a person who lives outside their native country", and an immigrant is "a person who comes to live permanently in a foreign country". Did you notice the slight difference in terminology? According to the dictionary, the only difference is the length of stay. Immigrants relocate intending to make a permanent home in their new country. On the other hand, expats may decide to return to their native country after living some years in their adopted country. As an example, tens of thousands of Americans and hundreds of thousands of Nicaraguans have taken up residence in Costa Rica. Are both groups in the same category? If so, which one - expat or immigrant? More importantly, how are they viewed by others? "The word expat is loaded", states bbc.com. "It carries many connotations, preconceptions and assumptions about class, education and privilege - just as the terms foreign worker, immigrant and migrant call to mind a different set of assumptions". 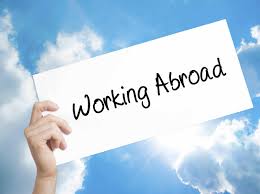 The Wall Street Journal posed these thought-provoking questions: "What do we call someone who chooses to live and work in another country? Where is the line between an expat, a migrant, and a refugee? What roles do country of origin and economic status play in this determination? And how do personal intentions of the person leaving his or her country as well as perceptions in the country of destination shape the way we use these terms?" The article cited the contrasting examples of two Syrian dentists who moved to Germany. The first relocated in 1992 looking for an opportunity to specialize in his field. The second fled the war in Syria two decades later.

So, what makes one person an expat and another an immigrant in today’s lexicon? The term expat is usually used to describe persons living abroad who are professionals and financially well-off. Expats may be working in their adopted country or they may be retired, but the label "expat" is always associated with persons of a higher socioeconomic level. Conversely, the word "immigrant" is associated with the less privileged - those of a lower social and economic class. In simple terms, the wealthy will likely be called "expats", and the poor will be labeled "immigrants" even though both groups have relocated to another country. An editorial in The Guardian cut to the heart of the issue with its title, "Why are white people expats when the rest of us are immigrants?"

"The classification matters", says the BBC ,"because such language can in some cases be used as a political tool or to dehumanize. Some academics are working to remove the stigma attached to either term and give the words more clarity and breadth. "A business expatriate is a legally working individual who resides temporarily in a country of which they are not a citizen, in order to accomplish a career-related goal no matter the pay or skill level", says Dr. Yvonne McNulty, an expat researcher and senior lecturer at the School of Human Development and Social Science at SIM University in Singapore. "Are [immigrant] maids and construction workers expats? Yes, they are". Just calling everyone who lives abroad an expat won’t really change some political and socioeconomic realities, says Malte Zeeck, founder and co-CEO of InterNations, the world’s largest expat network. "For people that we today call expats… living abroad is rather a lifestyle choice than borne out of economic necessity". 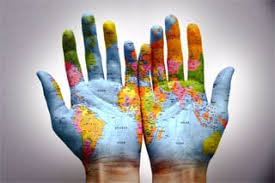 Immigrants are usually defined as people who have come to a different country in order to live there permanently, whereas expats move abroad for a limited amount of time or have not yet decided upon the length of their stay. "I use expat in a much broader sense of the word, describing rather someone who decides to live abroad for a specified amount of time without any restrictions on origin or residence", Zeeck says. That includes a lot more people than just those who buy a luxury condo in an exotic location.

Some propose all-or-nothing terminology. They favor either calling all immigrants "expats" or eliminating the expat moniker altogether. Wouldn’t it be nice if the terms became interchangeable or even synonymous? Or were replaced by "citizens of the world" or "global citizenry"? Hopefully, the perceived meaning of the terms "expat" and "immigrant" will be scrutinized now that the world’s population has become more globalized. Extensive travel, outsourcing, and telecommuting have created a nomadic workforce that crosses national borders with ease. The terminology needs to keep pace with them.

Whatever term you use, most of us who relocate to another country do so to improve our quality of life. Some hope to improve their finances, and others seek a better environment or more satisfying life experience. Those of us who do are in the best position to help shape the semantics by how we treat our neighbors and how we view ourselves. We can integrate into Costa Rican society by learning the language and trying to understand the people and the culture. We can remember we are immigrants and guests in this beautiful country and show it with humility and gratitude :-)