Costa Rica views health care as a basic human right, and according to the United Nations, 98% of the Costa Rican people have access to health care. As a legal resident, you can also become part of the country's socialized medical system. Private care at hospitals like CIMA and Clinical Biblica are considered world-class and is available to all visitors.

Healthcare in the Guanacaste Region

CIMA hospital is a cornerstone of Costa Rica healthcare and medical tourism system on the Guanacaste Gold Coast. The well-known private hospital Clinica Biblica has also opened medical facilities at Liberia. Liberia is ideally situated under one hour from all the Gold Coast beaches and this new facility will offer medical consultations, a clinical lab, a pharmacy and insurance services. 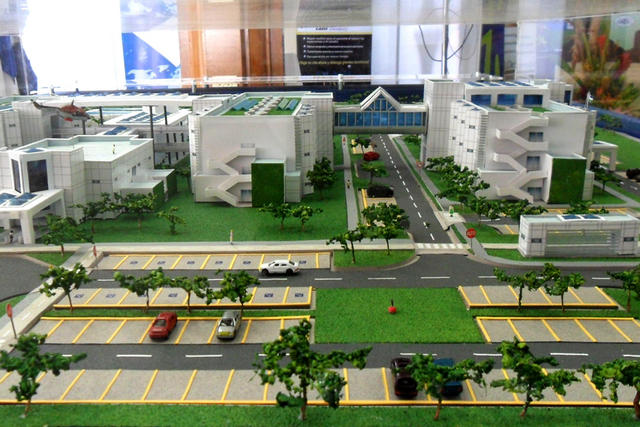 CIMA hospitals are international medical facilities built in underserved parts of the world. Both locals and foreigners are treated at these hospitals. Approximately, 5,000 medical tourists were treated at the San José branch in 2009, Manzi said.

Joseph Barcie, president of CIMA Centralized Services, headquartered in Dallas, Texas, in the U.S., emphasized that a contemporary hospital can help develop a city. He pointed to the current CIMA building in San José, for example.

“When CIMA San José was built, around that entire hospital was nothing but fields and grass,” Barcie said. “Now, 12 years later, Escazú is a hub and they’re still building.”

Nearby, in the Guanacaste's capital city of Liberia, the Daniel Oduber Airport is adding a new terminal. The airport continues to add direct flights to the United States, making it easier to fly in and arrive at a hospital that’s less than an hour from the beach. Other hospitals also have tentative plans to build in Guanacaste. In Huacas, a commercial town only 15 minutes from Playa Tamarindo, Beach Side Clinic affiliated with CIMA in 2016 to offer better services.

The Liberia Clinica Biblica Medical Center continues a mission started over 80 years ago when missionaries involved in the Latino-American Mission of 1921 established the Clinical Biblica Hospital in San Jose. The Clinica Biblica is one of two internationally recognized, full-service private hospitals in Costa Rica. The other is Hospital CIMA, located in the high-end suburb of Escazu. In addition to medical treatments, both private hospitals also offer affordable wellness and preventive packages, cosmetic surgery packages, and maternity packages. Due to their diverse international clientele, Clinica Biblica and CIMA accept a range of foreign insurance plans.

The Gold Coast has experienced several stages in its ongoing evolution to improve the quality of health care for local residents. One milestone was the inauguration of the San Rafael Arcangel Medical Center in Liberia in 2006. The first phase of San Rafael Arcangel included medical services in the specialities of gynecology, pediatrics, general surgery, vascular surgery, urology, geriatrics, psychology and nutrition. The last phase of San Rafael Archangel includes plans for building a medical surgery tower with baby delivery wing, surgery wing, and modern emergency facilities.

Good and affordable medical care is also available throughout the Gold Coast at a variety of pharmacies, dental offices and small medical clinics. As well, there are reputable acupuncturists, naturopaths, massage therapists and chiropractors in the area. In our fifteen years of living on the Guanacaste, my family has benefited from the services two small medical clinics: Emergencias 2000 and Coastal Emergency Medical Services. Both situated in the Tamarindo/Flamingo area, these local clinics offer 24 hour emergency medical services and consultations, and have their own laboratories and ambulances. We have also visited dentists and chiropractors in Tamarindo, and acupuncturists and naturopaths in Flamingo. Additionally, I have personally undergone two major surgeries at Clinica Biblica Hospital in San Jose, and believe I received medical care equivalent to that of my hometown, Vancouver, BC, Canada.

With the Clinica Biblica and San Rafael Arcangel Medical Centers in Liberia, well-stocked pharmacies, small private medical and dental clinics, and wide variety of complementary and alternative medicine practioners, most residents are able to satisfy their medical needs right here on the Gold Coast. It's no wonder that this area of Costa Rica has become one of the most popular places to own property in Costa Rica.  Pura Vida!