Costa Rica is an amazing land full of its share of beauty and naturals wonders, and visiting or living in Costa Rica has always come with a measure of excitement and fascination. Traveling to Costa Rica however, has not always been easy. There are wonders to see and do in almost every region and Guanacaste, in the northwest section of the country, is no different. Known as Costa Rica’s gold coast, Guanacaste offers an amazing mix of dazzling coastline, breath taking landscapes, lush jungles and beautiful wildlife.

2017 and beyond looks to be an exceptional time for Guanacaste, and Tamarindo specifically, as construction is slated to begin this month on the expansion of Daniel Oduber Quirós International Airport in Liberia, Costa Rica. This expansion project, an investment of 10.3 million U.S. dollars, will expand the existing terminal to accommodate the rise in travelers for the next 5 years. This project is coming at the perfect time, as arrivals for this airport have increased exponentially year after year. We saw a 12.7% increase in passengers from 2014 to 2015, and another 35% increase in passengers from 2015 to 2016.

Liberia international airport is becoming an increasingly attractive alternative to Juan Santamaría International Airport in San Jose. This airport, located in the capital, still maintains the most travel options for both tourists visiting the country and Costa Ricans traveling within the nation. For any tourist wishing to visit the coastline of Guanacaste, flying into San Jose means planning a 4-6 hour drive from the airport to any of the beautiful beach towns dotted along the coast. Costa Rica's Liberia airport will be offering more options with this latest expansion project, which should be completed by November of 2017. 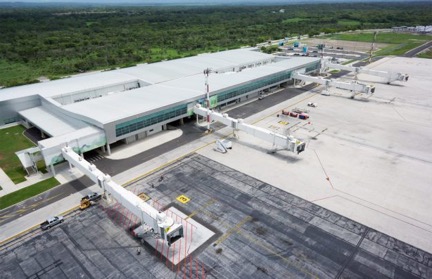 Daniel Oduber Quirós International Airport, more commonly known as Liberia International Airport, is named after the president who served Costa Rica from 1974 to 1978. Opened in 1975 it was initially named Llano Grande, after the land on which it was built. It was later renamed after President Quirós in honor of his service to Guanacaste. In 1995 the airport was expanded to become an international hub, with expansions to its original terminal taking pace in 2006 and 2007. In 2012 under new management, construction was completed on a new 23,000 square meter terminal, offering a contemporary design, and both greater efficiency and capacity. Unlike the last expansion, this project will expand on the existing terminal, adding the capacity to accept flights from 5 new airlines.

Costa Rica’s economy largely depends on revenue, employment and foreign investment generated by tourism, so not only does it make perfect sense for an airport expansion to take place, it also points to the abundance of investment opportunities that will appear in the near future. With Liberia’s airport servicing Costa Rica’s version of the Riviera, the gold coast region of Guanacaste will see many more visitors in the next few years. Guanacaste will see its towns and communities grow, and what was once a beautiful but difficult place to reach will become a premier tourist destination, ripe with business opportunities.

If you’ve ever considered owning an investment property in an environment like this, now is a great time to look at Guanacaste. With smaller construction and expansion projects already underway, properties in local beach towns like Tamarindo and Flamingo will increase in value and bring greater returns for owners and investors. Please call or visit us online for more information about new opportunities in Guanacaste.