We’re going to be looking at countries that hold the greatest promise to an American investor.

Had we done this from the standpoint of a European or Japanese investor, the list might look quite a bit different (but then again, maybe it wouldn’t!).

We’re also going to consider several criteria for each selection, based on the advantages that country specifically holds. It could be geography, climate, culture, economy and finances, investment opportunities, safe haven status in the event of a global meltdown, or the state of the local real estate market. 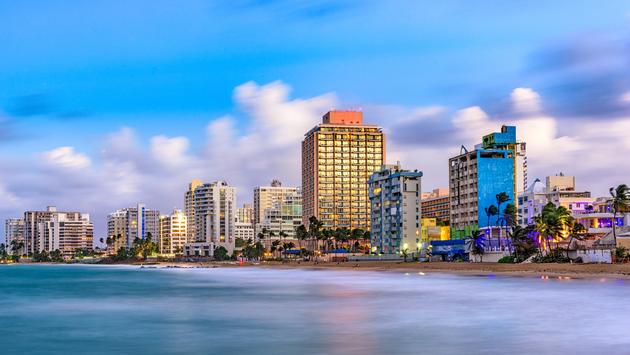 As a US territory, Puerto Rico enjoys cultural, economic, and financial integration with the US proper. That includes the US postal system, as well as Internet and phone access. Most of the population speak English, and you will have very little difficulty navigating the highway system.

As an independent territory, there are pronounced differences. One of the biggest is on the income tax front. While the maximum tax rate in the US is 39.6% for federal purposes (plus individual state income taxes), Puerto Rico has an income tax of just 4% on earned income.

Puerto Rico is an island country, with the Atlantic Ocean to the north, and the Caribbean Sea to the south. It is thus surrounded by some of the most beautiful tropical beaches in the world, with an average daytime high of 83° in January, and 89° in the summer months.

Median property value on the island is $119,600, which makes it more affordable than many states on the US mainland. 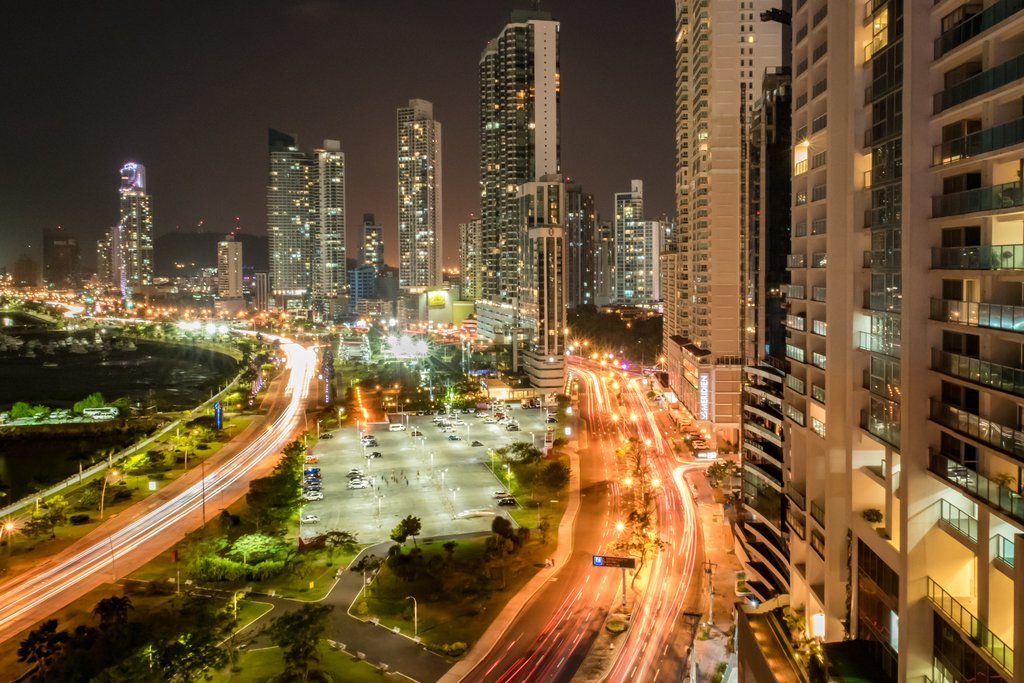 Panama has become a haven for expatriates from all over the world, but particularly from the US. Like Puerto Rico, it’s located in the tropics, it has beaches on both the Caribbean Sea and the Pacific Ocean.

The fact that it has coasts on the two major oceans, and is home to the Panama Canal, making it some of the most strategically located real estate in the world.

Location is important to Panama on other fronts as well. Since the country joins North and South America, it represents a bridge between two major continents. That also makes it a link between the United States and South America. The country has been virtually safe from foreign invasion by virtue of this location.

Panama is the richest country in Latin America based on per capita income, a situation that is practically guaranteed by its strategic location and by the canal.

These advantages are not lost on American retirees, who have been flocking to the country by the thousands for the past several years, in search of a tropical paradise with a relatively low cost of living so that their American incomes will go farther.

On the real estate front, it’s also worth noting that Panama was largely unaffected by the global real estate meltdown that began 2007. It’s real estate market is at least somewhat insolated by its safe haven status. 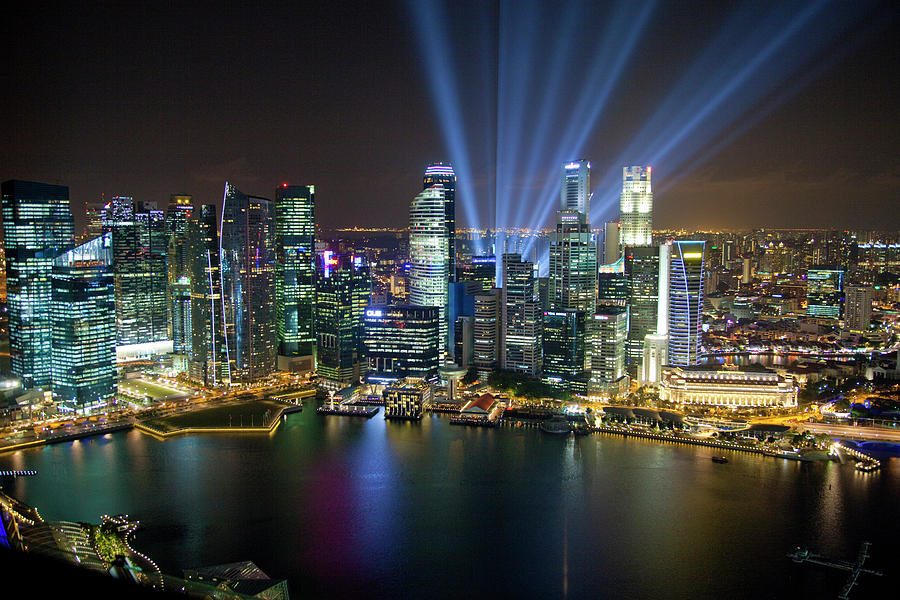 Asia has been on the forefront of global economic growth for at least the past 20 years. Singapore has benefited from this development in that it represents the gateway to the Asian continent.

A former British colony, Singapore has inherited much of the highly successful British system of law, economics, trade, and finances. For this reason, the country is rapidly becoming the banker nation to much in the Asian market.

Singapore has the fourth highest per capita gross domestic product in the world, and is rapidly becoming one of the leading financial centers in the world, on a par with New York, London, and Tokyo.

Wealthy Asians, and Asian companies, are managing their finances through Singapore banks and brokerage firms. At the same time, non-Asian firms are increasingly doing business in Singaporeas the best way to get a foothold in the Asian market.

From an investment standpoint, Singapore is pricey. That can make it a location primarily for the very well-to-do and the outright wealthy. However, since the country has attained the status as the safe haven for wealth in Asia, it is likely that money will continue to pour into the island nation at an even greater rate in the event of economic or financial difficulties sweeping the rest of the world. 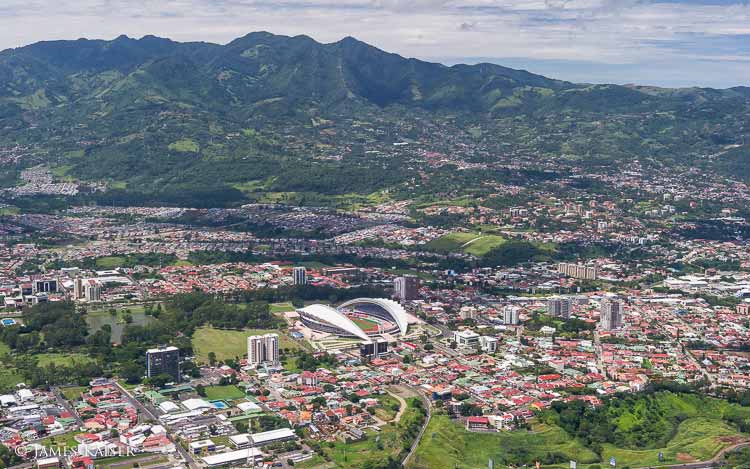 Aerial view of the city of San Jose, in Costa Rica

Costa Rica is a safe, stable country with a growing economy and a government that is encouraging foreign investment. It enjoys many of the same advantages of Panama, except that it is not as wealthy, and therefore the cost of living is a bit lower.

It’s also attracting a large number of US retirees, and even some non-retirees who are drawn by both low cost of living and the tropical climate.

It is a small but bicoastal nation, that fronts on both the Pacific Ocean in the Caribbean Sea. The weather is among the most pleasant and predictable on the planet, with the consistent year-round high of 81°, and a low of 64°.

The New Economics Foundation ranked Costa Rica first in its Happy Planet Index in both 2009 and in 2012.

You do not have to be a citizen of Costa Rica to own property there, and you will be entitled to the same constitutional protections as a local citizen. It is also not necessary to purchase property through a trust or any other type of legal or corporate shell. 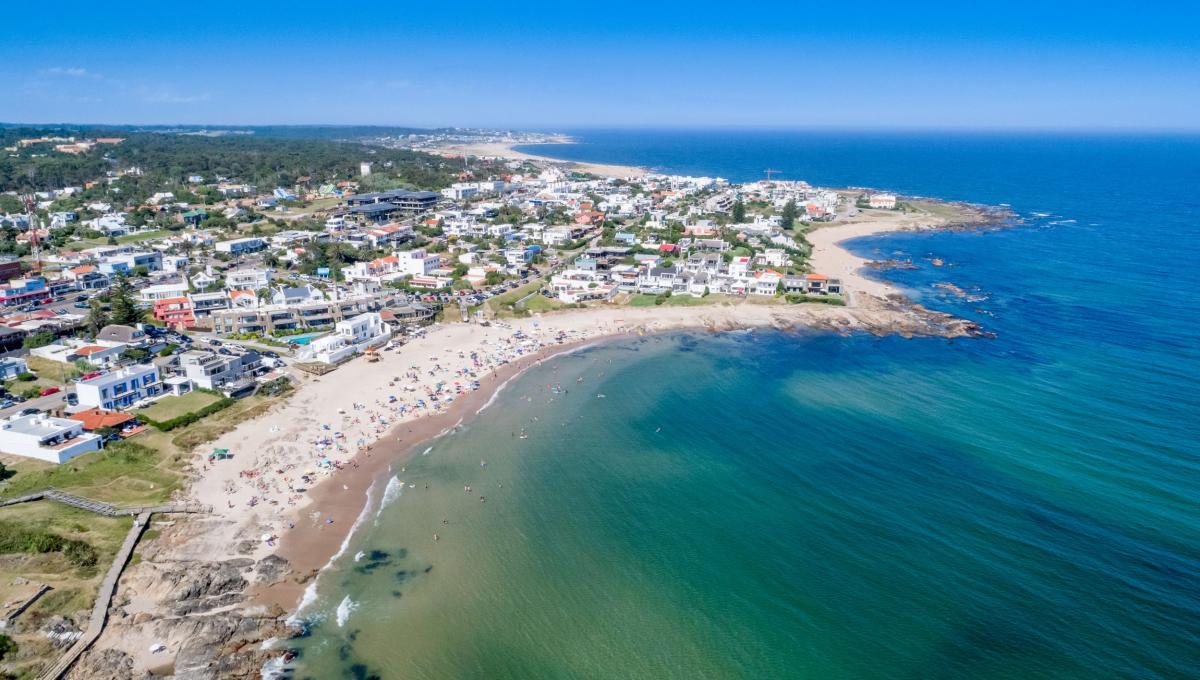 Uruguay has much the same relationship with South America as Panama and Costa Rica do with North America. It is a small but stable country, attracting an increasing number of foreigners and foreign money. In fact, the country is rapidly becoming the international banking center of South America.

Uruguay welcomes foreign investment money, and treats foreigners in much the same way that it does its own citizens. There are no restrictions on foreign ownership of land, nor are the any exchange controls or currency restrictions.

It can also be one of the very best havens in the event of a global economic meltdown. Since it is located in South America – nestled between Brazil to the north and Argentina to the south – it is virtually free of the usual military conflicts that tend to engulf rest of the world.

And since the country is largely agricultural, it’s a place where you could buy productive farmland to wait out a global disturbance. 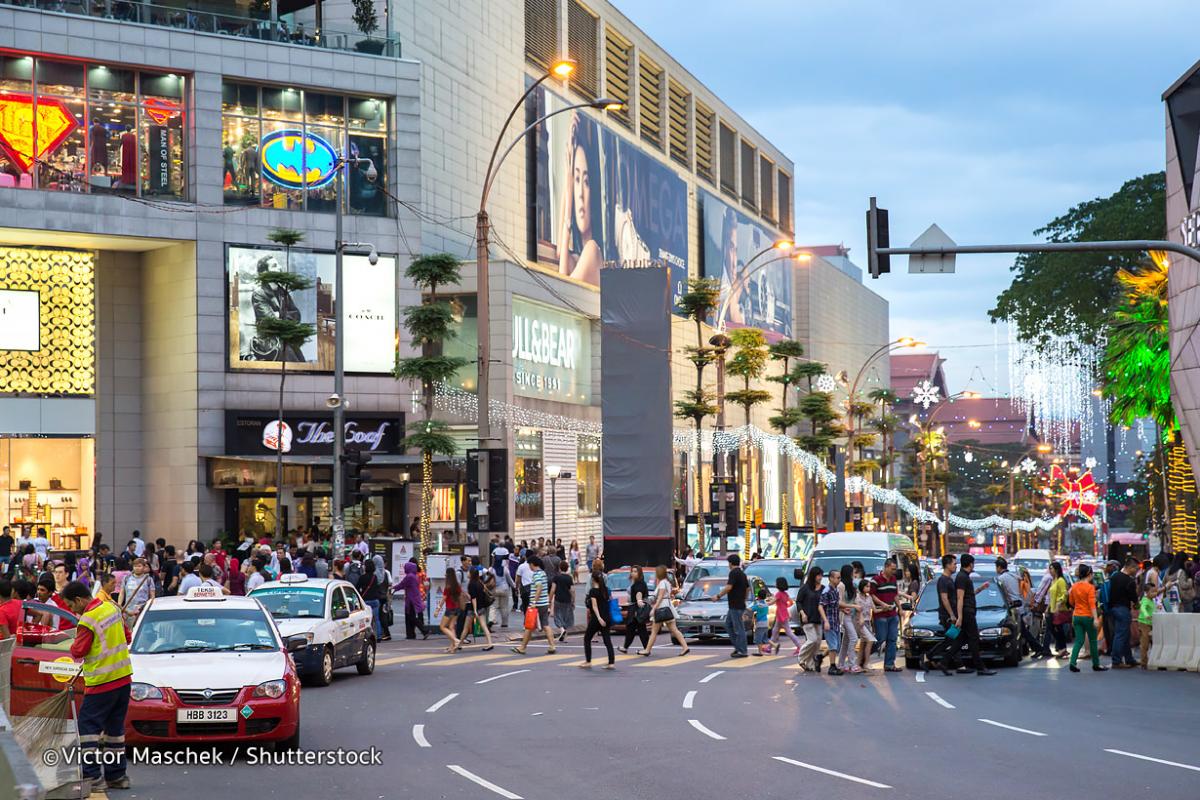 Malaysia enjoys at least some of the advantages that Singapore is known for. In fact, geographically it is the peninsula upon which Singapore is mounted. It enjoys a tropical climate, and is surrounded by beaches on both the east and west coasts.

And again like Singapore, English is widely spoken in Malaysia, and Western banking customs are typical.

Malaysia’s big advantage over Singapore though is cost. Both the cost of living and real estate prices are significantly lower than what they are in more prosperous Singapore.

That creates more opportunities to find a place to live and to invest in, particularly in the part of the country nearest Singapore.

Montreal over river at sunset with city lights and urban buildings

Not only is Canada similar to the United States to the point of being almost indistinguishable on a day-to-day basis (English-language, English law, time zones, etc.) but it’s also one of the most prosperous countries in the world.

As a supplier nation (oil, food, raw materials) it is less subject to the economic ups and downs than the US and Europe are.

This point is not lost on wealthy internationals, particularly the Chinese. They are flocking to Canada, particularly to the Vancouver area, seeing it as a safe haven from potential troubles at home.

The downside to Canada is the cost of real estate. There are few bargains in high-priced metropolitan areas like Toronto and Vancouver. However Canada is a vast country, slightly larger than the US, that provides opportunities to find property in a variety of market areas.

The fact that it’s a well-developed country, and close to the US, means that there are an abundance of suitable places to buy property across the country.

In addition, as a US citizen, your business and career skills are generally readily transferable from the US to Canada to a greater degree than anywhere else. 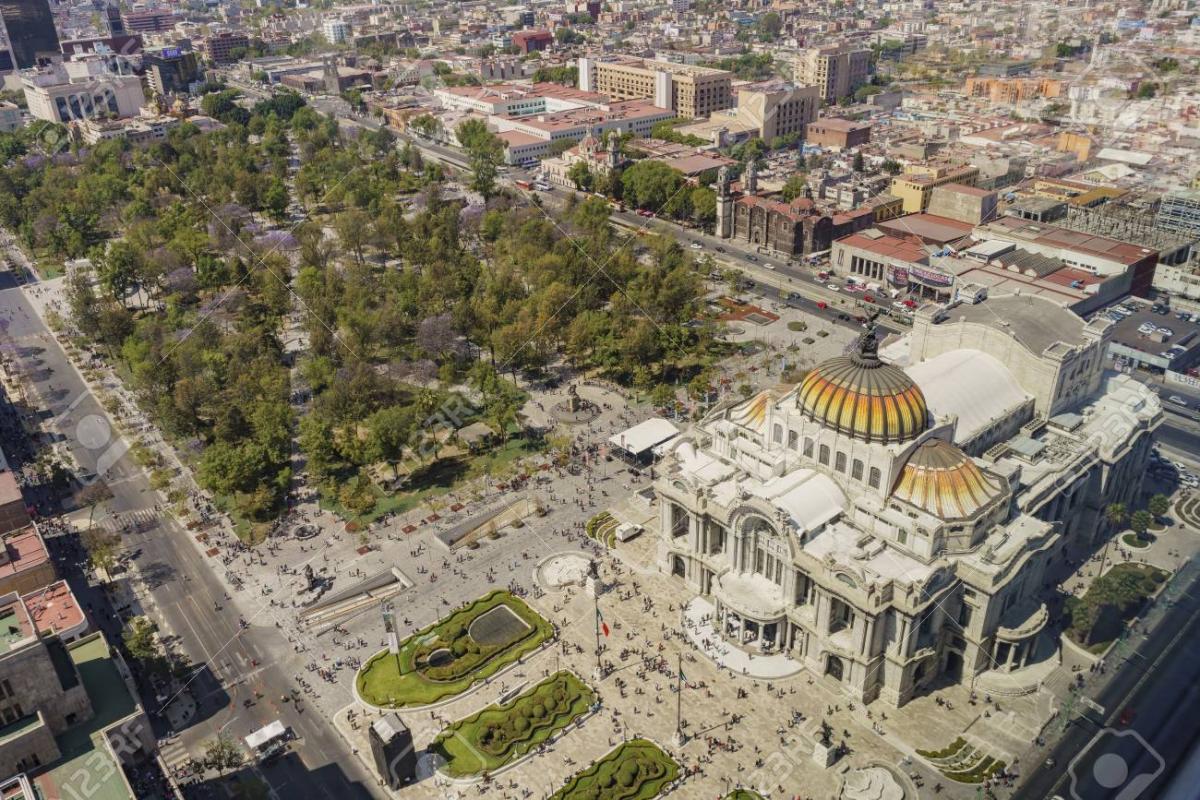 Though it will be considerably more difficult to earn a living in Mexico than it would be in Canada, Mexico still offers similar advantages to Canada. It’s a bicoastal nation, fronting on both Pacific Ocean in the Caribbean Sea (actually the Gulf of Mexico for the most part).

It is right across the border from the US, and there are thousands of miles of beachfront that could represent real estate investment opportunities. If you can speak Spanish fluently, it could be the perfect country to buy real estate in.

You can buy real estate in Mexico without being a citizen or qualifying as a resident. You must do this through what’s called a fideicomiso, which is something like a real estate trust that allows foreigners to own property near either the country’s beaches or borders.

Under it, the trust is the legal owner of the property, and you – as creator of the trust – are its beneficiary and given full control over the property. The trust is established through a Mexican bank and gives you the right to sell, rent or redevelop the property.

Real estate prices in Mexico run the gamut. In some areas property values are comparable to the US, particularly in popular beachfront locations. But in more remote areas, property is relatively inexpensive. 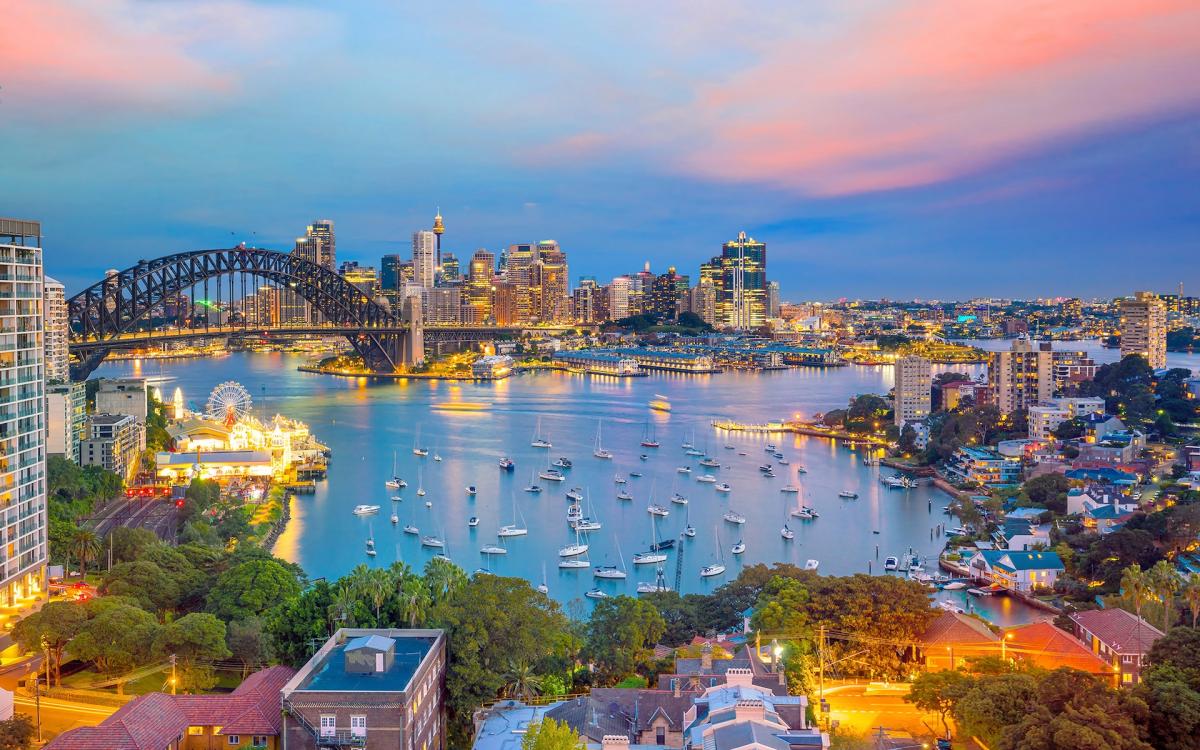 Australia has certain similarities to Canada from a real estate investment standpoint. Everyone speaks English there, and laws and customs are very similar to what they are throughout the English-speaking world.

The country offers a full range of property types, from high-priced urban locations, to inexpensive rural areas. And the entire country surrounded by some of the best beaches in the world.

There are some negatives to Australia however. The country is located thousands of miles from the US, making back and forth travel not only expensive, but also time-consuming.

And being in the southern hemisphere, the seasons are the exact opposite of what they are in North America. It can take some getting used to. 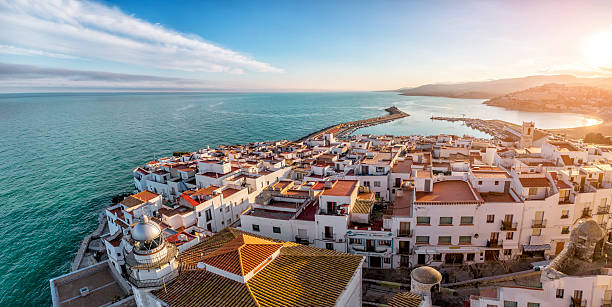 Up until the property crash in 2007, Spain – and it’s real estate – was booming. It wasn’t merely that the world had suddenly discovered Spain as a good place to own property, but also because the country was making tremendous economic strides. The resulting building boom was evident nationwide, the result of an economic boom that had spread across nearly every industry in the country.

While Spain has seen a major decline in its economic fortunes since the meltdown, many of the basic reasons why you would invest in real estate there still exist. It has some of the finest – and the most extensive – beachfront property in Europe. And it has become a haven for investors throughout Europe.

Ironically, the real estate bust has only made Spain more attractive. Many once high-priced properties are now going for just pennies on the dollar, creating an excellent opportunity not only to find a good place to live, but also excellent investments.

On the downside, Spain is still struggling to come out of the economic doldrums, and it may be years before there’s a full recovery. If you can wait it out, Spain could represent a once-in-a-lifetime investment opportunity.