In June 1995, partly due to mounting pressure from environmental groups to protect the leatherback turtle, the Costa Rican Legislative Assembly passed a law creating the Las Baulas Marine Park on a 75-meter strip beyond the maritime zone at Playa Grande, Ventanas and Carbón beaches. That same year, the Government of Costa Rica created a new department under MINAE, the Technical Secretariat of the Environment of Costa Rica called SETENA.

The 1995 law creating Las Baulas Marine Park intended to create a 75-meter strip measured inland from the maritime zone. But land owners in the area argue that the 75 meters is to be measured offshore from the maritime zone. Furthermore, in 2003 and again in 2004, MINAE tried to expropriate some beach properties in the area in order to extend the Las Baulas Marine Park, but upon appeal, the country’s Attorney General turned down both attempts.

Costa Rica’s highest court has ordered the Environment and Energy Ministry to begin expropriating privately owned property inside the park. Since 2006, the owners have lost full use of their titled property because the country has expanded the boundaries of the Park. The complaint, in which the property owners join, recites a long list of inaccurate information and delays on the part of the Costa Rican government. More than 50 properties are alleged to have been affected. The property owners say they do not object to expropriation of their land but they would like to see that take place. They also are seeking significant funds. Costa Rica has stalled in buying out the affected owners because officials have said they do not have the money. Those in the arbitration case (all U.S. citizens) say they are in accord with the country's environmental policies and describe the beaches as outstanding. Since then, development has been kept to a minimum.

The environmental group “Leatherback Trust” cancelled a 2004 agreement with the ministry to help fund the expropriations, which could cost more than $800 million. The group had already reportedly raised at least $8 million. In 2004 the government appraisals ranged from $50 per square meter up to $800, while landowners were demanding nothing less than $1,200. The right amount has never been set and is still debated to this day. 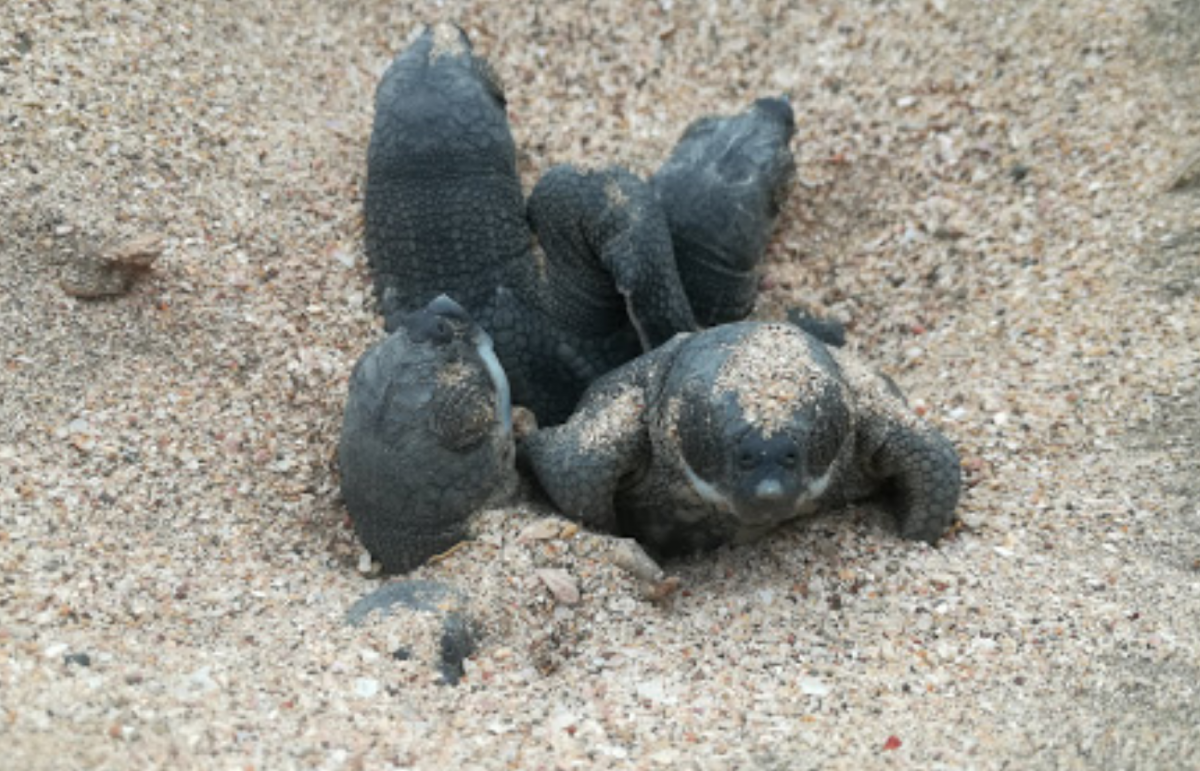 Las Baulas Marine Park was created by decree in 1991 and then by law in 1995. However, a dispute over the interpretation of the language of the law led to drawn-out, legal battles between property owners, who believe the park includes only the beach and marine territory, and environmentalists, who insist it includes a terrestrial portion. In a binding 2005 ruling, the Attorney General’s Office sided with the environmentalists, declaring the land owned by the mostly foreign investors as part of the Marine Park and requiring it be expropriated. The park is of particular importance to the critically endangered leatherback sea turtle, whose numbers have plummeted more than 90% during the past 30 years. Playa Grande ranks as the most important nesting beach in Costa Rica and one of the five most important in the world. Lights near beaches where female turtles nest have been shown to confuse baby hatchlings and lead them away from the ocean after they emerge from their underground nests. To prevent any disturbance, access to the beach at night is since closed to everyone.

Considering the prices that developments such as Palm Beach Estates are asking, and the ever-present risk of expropriation that will not reimburse you what you paid, investing close to the beach in Playa Grande is risky at this time. It’s a fantastic location, but smart investors should either wait to see how all the legal battles pan out, which could take many years, or be prepared to spend a lot of money and time on a very good attorney to battle the case.

If you are interested in building or buying your dream home without having potential legal issues, Las Ventanas de Playa Grande is a beautiful gated community within a short drive from Playa Grande with building lots featuring views of the ocean or tropical forest. Contact us for more information.